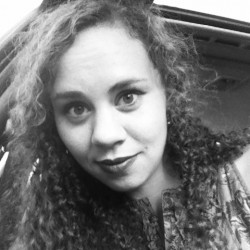 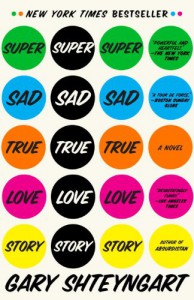 Here is a tale celebrating the white chauvinist male once again! Lenny, a 39-year-old manchild with an Asian fetish, gets by in life by being "a nice guy". He's decently smart. He has a good job. He's not particularly attractive, but what he lacks in looks he makes up for in sugary sweetness. He's a nice guy! He sort of gets the girl! He's the only one with a "moral" compass in the entire book! Definitely a character worth celebrating.

God. Perhaps it's best to look at this book as an entire critique on all things American. perhaps Gary Shteyngart isn't actually promoting a sexist manchild as the hero of his story. Regardless, Lenny is probably one of my least favorite main characters. I don't find any redeeming qualities about him, and I thoroughly distrust a portrayal of "a nice guy" character.

The sexual politics of this book are disturbing, which is perhaps the intent. There is not one female character that isn't entirely flat. Lenny idealizes his women - Eunice, his mother, and Grace, the "perfect" woman he can't have. None of these women feel at all real - they are completely characterizations.

When considering that this is written as a dystopian novel, I think that the characterizations do feel apt. The book demonstrates what the author sees as the destruction of America - the country literally falls apart when China decides to collect on America's debt. It shows zero progression in terms of equality - women are still objects (and now they wear see-through pants), rich white people still rule the world, thinness is still ideal to a ridiculous point (Eunice calling herself fat, for example), etc. This indeed is a future I believe we all hope to avoid.

I think it is correct to feel so disgusted by a book showing a dystopian future where the patriarchy is still alive and kicking and still subjecting women to complete bullshit. I think it's correct to feel disgusted by a character who is the very representation of this patriarchy and the unfair power structures in the book and who doesn't even realize his privilege or do anything to challenge it. I think it is correct to reject this book and the future it seems to forecast - to take it's fears and problems and consider them - and to make a better, more equal future for ourselves.